What is it to flee your country? 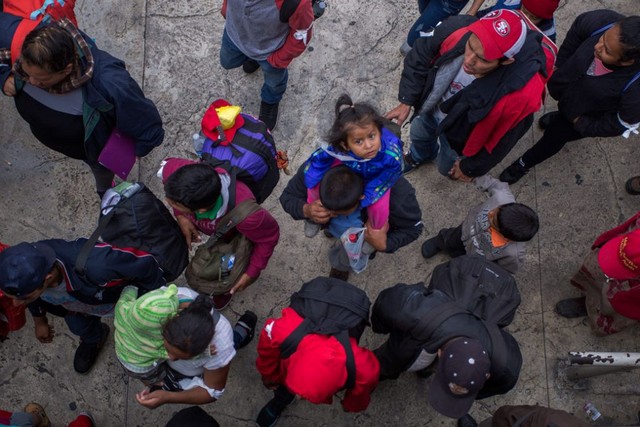 What is it to leave your home at five in the morning on a Monday when your friends are getting ready to wake up for school, but you’re getting ready to leave your country? What is it to forcefully be loaded into a truck to cross the border between Mexico and the United States? You might or might now know what it is to flee your own country, but what you might know is that it is not okay to deport refugees asking for asylum or deny their permission into a country when seeking asylum.

In this post we’ll be giving a voice to those who’ve fled their countries for several reasons, and what it is to flea your country forcefully.

“What is it to flee your country?”, Felipe asked the person sitting next to him at a Greyhound Station waiting to be deported back to Mexico with his 5 year old son.  “Es algo cruel y desesperante, porque es donde uno nacio y crecio. Especialmente cuando tienes que huir del país con tu hijo de 5 años. Luego para llegar al gabacho y ni cruzar pudiste lograr.” This is what many humans have to face not only in the Mexico & USA Border, but in many other Borders around the world.

This is why we should create conscious for all those people living in the United States illegally. They didn’t come to the United States because they wanted to, but because they were either forcefully brought to the USA when they were kids, or were forced to flee their country for many reasons. Us humans should place ourselves in their shoes, and understand why these people are making these decisions.  It is important to understand other countries problems to understand our problems in our country.

Whenever encountering an immigrant, refugee or whatever you would like to consider them. They are not immigrants or refugees, they are amazing human beings with a long past who are capable of making many changes in this world. Make sure to create conscious and understand their “Why”.

Last but not least, keep in mind that we are all immigrants who either fled our country at one point, or our ancestors fled their country for a better future for us. No land is a man’s land. We are all brother and sisters united by love.