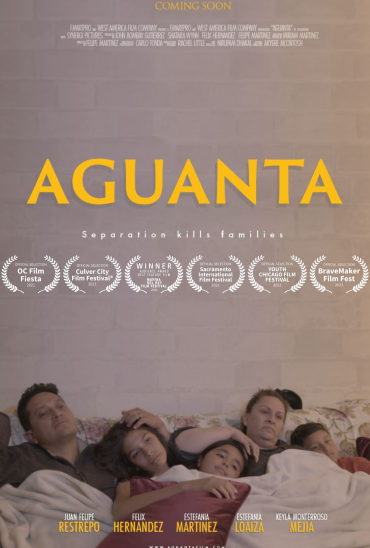 Aguanta is a film about a year in the life of a 17 year old U.S. American citizen and high-school senior named Israel, who has aspirations to play University level baseball at Stanford. Regretfully, Israel’s reality is soon hit with woeful experiences which make it unbearable for him to deal with life and his spiritual faith is detrimentally tested after his father is deported by I.C.E. agents.
Israel comes home one day from school thinking he would see his Dad Felipe like any other day. Later that afternoon, Israel receives a heart-breaking telephone call from his father only to share the despairing news that he was apprehended and will be deported out of the United States of America.
The forced separation experience of this American family causes an immediate damaging psychosocial impact on the young lives of Israel and his two sisters Azeneth and Estefa as they begin to emotionally cope without their father. Making matters more calamitous, several weeks later Israel’s mother Alicia is detained and taken away by I.C.E. agents in the inconsolable and traumatic presence of her three U.S. American citizen children. Israel is then posed with a decision to make: is it worth living?